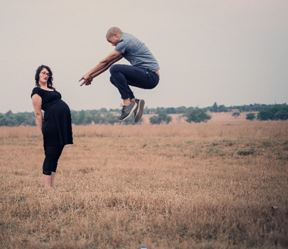 Recent research reporting on a women who was previously diagnosed as infertile but conceived following the introduction of chiropractic care reveals that chiropractic may play an important role in caring for families with infertility challenges.

The research, reported in the Journal of Pediatric, Maternal & Family Health – Chiropractic, includes a review of the literature supporting the role of chiropractic in women experiencing infertility.

“Research is revealing that there is a relationship between abnormalities in the spine, the nervous system and the reproductive system” stated Dr. Matthew McCoy, a chiropractor, public health researcher and editor of the journal that published the study. “There are now over two dozen research studies previously published that show successful conceptions and the delivery of healthy children following the introduction of chiropractic care and the addition of this one adds further weight to the evidence.”

“It makes perfect sense when you think about it” stated Dr. McCoy. “As chiropractors we know that obstruction of spinal nerves lead to all sorts of dysfunction and this is certainly true with reproductive function. Of all the various non-musculoskeletal conditions amenable to chiropractic, anecdotes and testimonials abound on the positive effects of chiropractic care in patients with infertility.”

Infertility is defined as the inability to conceive after at least one year of unprotected intercourse and data from the Centers for Disease Control and Prevention indicate that there were 7.3 million infertile women in the U.S. in 2002 with 1.2 million women having had an infertility-related medical appointment. These data also indicate that from 30 years of age and on, rates of infertility increase. There are many reasons for both male and female infertility, including problems with egg production, anatomic, immune and hormonal factors for the female and sperm count for the male.

“Considering the fact that every single function of the body is controlled by the nervous system it should not surprise anyone that removing obstructions to the neurology that controls reproductive function would lead to alleviation of some of the problems related to infertility” remarked Dr. McCoy. “What is surprising is that more research funding has not been provided to study these effects in larger populations of women.”

In this study a 32-year-old female presented for chiropractic consultation after being medically diagnosed as infertile. She had undergone in vitro fertilization approximately 18 months prior to assist her in conceiving a child. She became pregnant with twins; however, one was terminated during her pregnancy, and she delivered the remaining twin via Cesarean Section. Since giving birth to her child, who was 9-months old when the patient entered the clinic, she has remained unable to conceive.

In addition, she also suffered from constant, severe abdominal pain, headaches and neck pain. Her symptoms significantly affected her daily life including caring for her infant.

After six weeks and two chiropractic adjustments, the patient reported she was pregnant.

The study’s authors called for additional research to investigate the clinical implications of chiropractic in this population of patients.