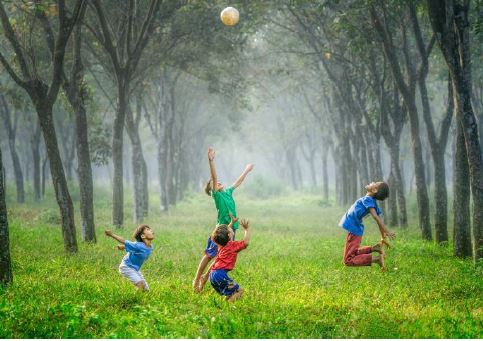 Recent research reporting on mothers and their children undergoing chiropractic care from birth reveals that chiropractic may play an important role in positive health outcomes for families. The research, reported in the Journal of Pediatric, Maternal & Family Health – Chiropractic, includes a review of the literature supporting the role of chiropractic in childhood and family health.

“It is now more common for parents to seek wellness care for their children” stated Pamela Stone DC, FICPA a chiropractor specializing in pregnancy and children and one of the authors of the study. Stone continued “Parents are seeking chiropractic not because of their dissatisfaction with medicine, but because they have different health and wellness beliefs and views.”

The question people have is how chiropractic can help kids with these typical childhood illnesses or even avoid them altogether? “Research is revealing that there is a relationship between abnormalities in the spine, the nervous system and the overall function of the body” stated Shannon O’Brien DC another researcher involved in the study. O’Brien added “There are now numerous research studies that show improved health outcomes of pregnant mothers and their children who undergo chiropractic care and the addition of this one adds further weight to the evidence.”

It makes perfect sense when you think about it since it is known that obstruction of spinal nerves from structural spinal shifts can lead to all sorts of dysfunction and this is certainly true with the health of children. Considering the fact that every single function of the body is controlled by the nervous system it should not surprise anyone that removing obstructions to the neurology that controls the body would lead to improved health outcomes. What is surprising is that more research funding has not been provided to study these effects in larger populations of women and children.

The study looked at five children who were under chiropractic care from birth and all the mothers were under care prenatally. The children included three boys and two girls who were under chiropractic care ranging from 9-13 years.
All of the patients were examined by the chiropractor who found structural shifts in their spines. Structural spinal shifts can lead to obstruction of the nerves and it is this obstruction, called vertebral subluxations, that chiropractors correct. The vertebral subluxations were the focus of the care provided to these women and their children. All mothers reported feeling good during their pregnancy with a decrease in symptoms such as low back pain, extremity numbness, and generalized soreness. All the children were breastfed and experienced healthy childhoods without suffering from typical childhood illnesses. All were reported to have a healthy diet, exercised regularly and slept well. All parents reported their child’s health to be better than other children of the same age. The authors concluded that the results show the need for continued studies into health outcomes following long term chiropractic management before, during and after birth.